Maurizio DiMaggio in Ardèche, France: glamour camping, nature and a dip into history

This summer we followed with interest the stories and interviews with Maurizio DiMaggio to discover Italian glamour camping. Today we are returning with him on holiday thanks to the story of his experience in Ardèche, precisely in Vallon Pont d’arc, an area of France with limestone hills covered by almost Mediterranean vegetation, where Camping Nature Parc L’Ardéchois is located.

Maurizio DiMaggio on his tour this summer, had the opportunity to test glamour camping in France too. At the end of his experience in Ardèche, he described his experience to us, starting from the region, very special and lush, ideal for those who love sports, but also for those looking for rest and relaxation in a unique context. A place that also allows you to travel back in time, to discover a truly surprising and very fascinating past. His exciting story follows.

Beautiful, very green region and with few urban agglomerations, a perfect area for open air holidays and in these times of social distancing, open air holidays have been chosen by many. I was in a place called Vallon-Pont-d’arc where the Ardèche river flows in the middle of rocky gorges covered with oak and holm oak forests. Over the course of geological eras, the river has dug a hole, a real arch in a limestone ridge: an arch of natural rock 50 metres high and more. The river passes under it and it is full of canoeists following the current. On the roads around Vallon Pont d’arc, you only meet minibuses with trolleys and racks to transport canoes and kayaks, as they are going to pick up those passing through the river gorges. They are excursions from 4 to 30 km and there are rapids to ride in rafting … In short, Vallon-Pont-D’Arc is a popular and well-organised outdoor holiday spot not only for canoeing, it also has trekking, cycle paths and mountain bike trails. Not for nothing on the banks of the river there are about thirty campsites which attract a lot of Germans and Dutch, above all. In my opinion, the Dutch are the most enthusiastic campers in all of Europe! I have been to Ponte di Pietra several times but without going through it in a canoe: people were bathing, the waters were a beautiful inviting green. And just think that that passage over the river has been used as a bridge for millennia! Until 1600, when the King of France weakened it to prevent enemy armies from crossing it. Nowadays it is forbidden to go up and over it.

I must say that I had a good romantic time on the banks of the Ardèche river, at sunset. I was in an international glamping site, the Ardéchois, managed by Richard and Hanneke who are Dutch. The owner of the campsite, Monsieur Chalvet, preferred to create an international staff, choosing above all personnel from the countries most represented among the customers. For the clients, the Ardéchois campers, it is customary towards sunset to go for a swim in the river, clear water but quite cold! The fishermen cast their lines, the children threw flat stones and counted the bounces on the water, you could smell the barbecue in the air and everyone had a beer in their hand. But I was there to meet the past, a great past even if it was fake…

I’m DiMaggio and last Tuesday I entered Prehistory … but a fake. So, near the natural arch I was telling you about earlier, in December 1994, 3 speleologists who were exploring a cave discovered a series of graffiti made by prehistoric man more than 30,000 years ago. A crazy find, the cave was named Chauvet after one of the speleologists. It was very difficult to enter and still today the cave is being explored and studied. It would have been impossible to open it to the public and it would have been a mistake: the breath of thousands of visitors would have damaged the drawings. And so they made a fake of it! With European financial aid, they have created a fantastic work that cost 55 million euros. A theme park with a central building of great design where they have faithfully reproduced the Grotto and its graffiti. And it’s like entering the original, in the dim light, in the cool, with the smells and the damp feeling of the Chauvet cave but this is Chauvet 2. Since 2015, when they opened it, hundreds of thousands of people pass through it every year.

This year with Covid19 you can only go in wearing a mask and spaced out and in small groups but it remains a spectacular visit. My guide was a guy in his thirties, Raphael, a real enthusiast. It is wonderful to follow him and understand how those marvellous drawings were done in ancient times, by the light of torches, while somewhere the hibernating bears were sleeping! There are actually the spots where the bears nestled, they found bones and skeletons of about 200 specimens. It was the Ice Age, 36,000 years ago, the average temperature was 6 degrees and it reached 15 in the summer. The bears marked the path with their claws because they went 500 metres into the cave, where the light from the entrance did not reach. On the walls of the various rooms shared between human beings in the summer, and bears in the winter, there are 400 figures and as many symbols: rhinos, running buffaloes, horses, bears, mammoths are depicted on the limestone walls, a Sistine chapel of Ancient Times!

The sense of perspective with which prehistoric artists reproduced some figures and the remarkable ability to imagine the movement of animals is extraordinary. A fantastic fresco of what nature must have been like between 30,000 and 22,000 years ago because at some point the entrance must have collapsed and the cave remained sealed until the discovery in 1994. In the surrounding area they have found other “decorated” caves ” that is with graffiti or engravings, less rich but they are still exploring and maybe they will find a room.

We wouldlike to thank Maurizio DiMaggio who with this exciting story allowed us to discover the Ardèche and Camping Nature Parc l’Ardéchois. 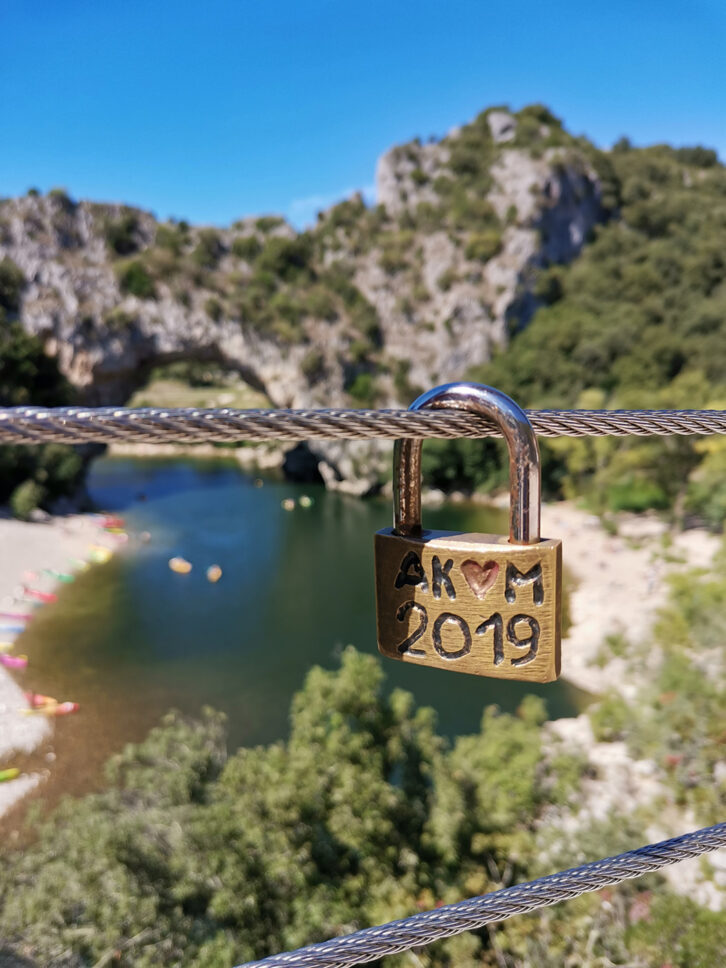 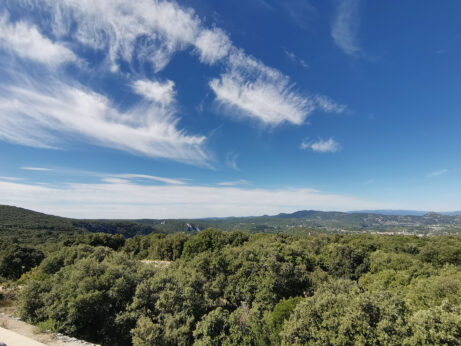 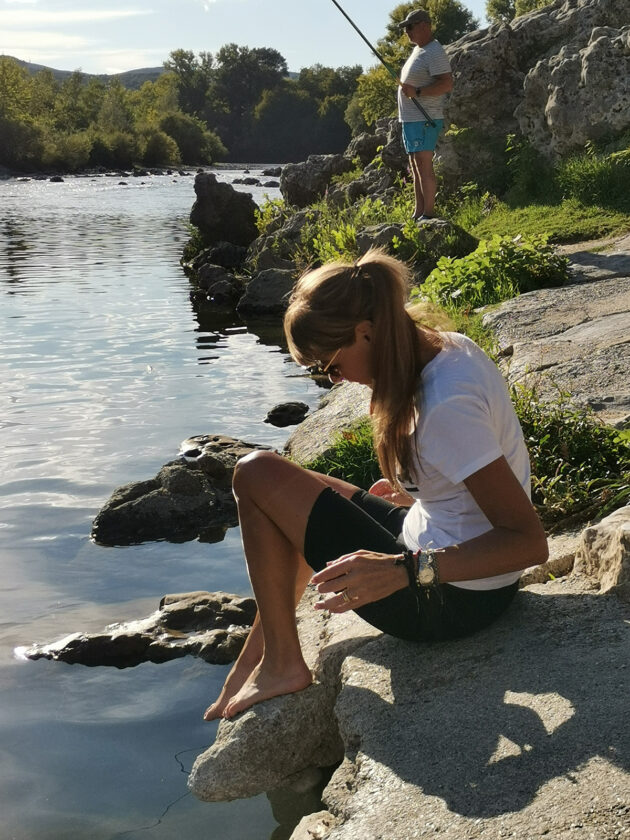 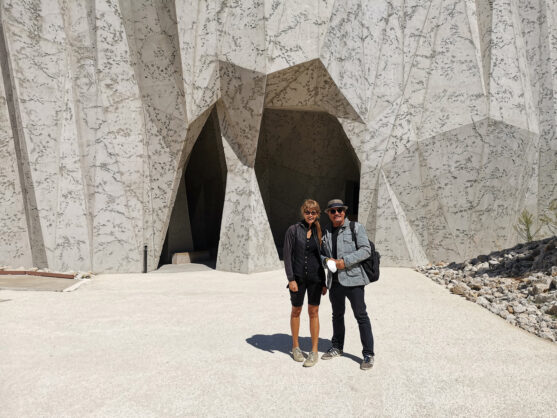 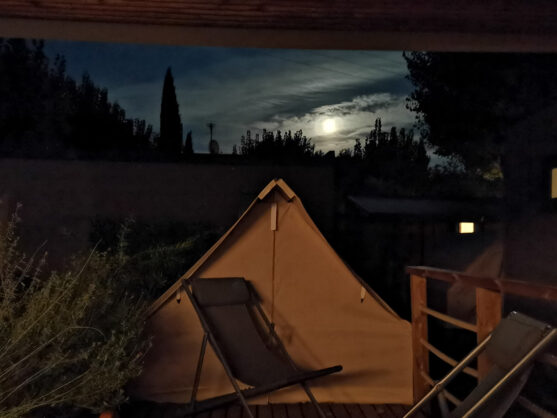 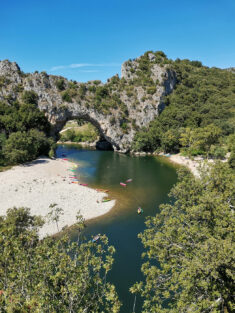